Sorry, but you may have already missed the best X Games event 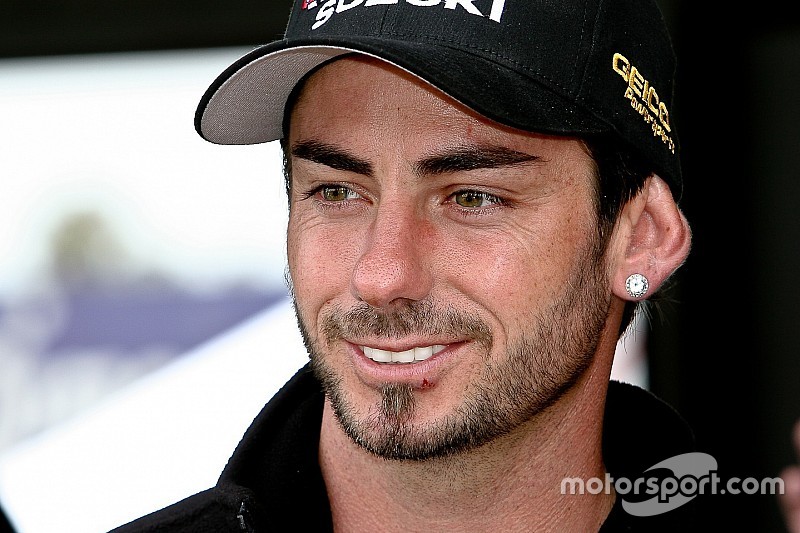 AUSTIN, Texas -- My apologies: We typically don't cover the American Motorcycle Association Pro Flat Track racing series, so the photo that accompanies this story is of pavement racer Danny Eslick, two time and most recent Daytona 200 winner, who came to the X Games Austin to try his hand at running the first ever Harley-Davidson Flat Track race, looking for the gold.

Unfortunately, Eslick took a spill, and couldn't qualify for the main event, which was one of the most exciting races of the year. But we don't have a photo of series champ Jared Mees, who dominated the race on his Harley for 19 and a half of the 20-lap feature; on the back straight, he slowed dramatically, and looked down at his rear wheel. We figured he had either run out of gas or lost the chain. It was the chain.

This allowed Kawasaki rider Bryan Smith to squeeze by and take the win, just ahead of a charging Sammy Halbert, who took the silver medal, and Brad Baker, who took the bronze.

"Jared slowed, there were sparks coming off his bike, and it was like a mirage," said Smith.

Kudos to the Circuit of the Americas and X Games staffs for carving out a paper-clip dirt track, probably just under a half-mile, out of a field behind the road course, and lighting it with some massive Musco lights mounted on trucks. The track roped off half the large grandstand, figuring not that many people would show up on a Thursday night, for a first-ever event that was not heavily promoted, and that cost $35 to watch. They were wrong. The ropes were removed, and the grandstand was almost full.

That said, the Flat Track was not flat, it was very rough, and riders fought for momentum in the turns. But to say the event was a success is an understatement, and being televised on ESPN to a massive audience, it should give the sport a boost.

And a note to our photo editors: Let's find some pictures, OK?

Webb lashes out at title rival Bowers: "I'll wait 'till vegas to clean him out" - video