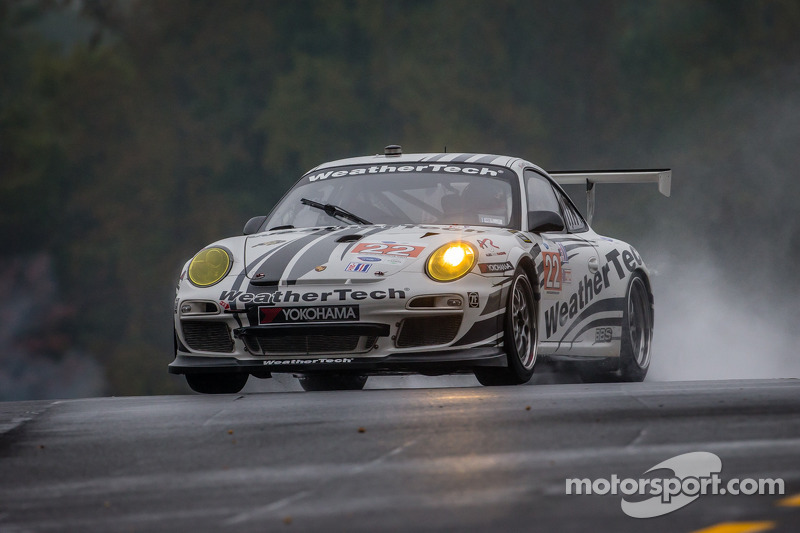 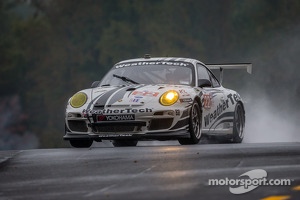 MacNeil (Hinsdale, Ill.) and teammate Jeroen Bleekemolen (Monte Carlo) were joined by brother Sebastian Bleekemolen (Netherlands) to try and defend their GTC championship from last year. The trio were able to combine their efforts to finish a hard fought fourth place in GTC at Petit Le Mans and hoisted the championship trophy for the second year in a row.

MacNeil had the wheel of the No. 22 WeatherTech Porsche for the start of the 1,000-mile race. The University of Colorado at Boulder junior put in a strong stint keeping the car intact and amongst the front runners in the GTC field. Handing to Jeroen Bleekemolen who battled the changing weather conditions with the team swapping to Yokohama rains and back to slicks, this caused the WeatherTech Porsche to go down a lap. Fighting his way back the elder Bleekemolen got the lap back and then transferred the car over to brother Sebastian. Sebastian had the worst weather of the race, turning in very fast laps in the rain and then switching early to slicks he was able to drive the black-and-white Porsche back to the lead on lap 145. As the field shuffled and MacNeil got back in for a good two hour stint, he turned the car back to Jeroen who raced it back into the lead on lap 307. Soon after a mis-timed caution flag moved the No. 45 Flying Lizard car to the lead with the WeatherTech Racing team running second. On the final stop of the race, the Porsche would not restart, due to a battery issue, putting the team down to fifth. An eventual retirement of the second place runner put the team in fourth earning enough points to win the GTC driver's championship.

"Two years in a row," MacNeil said. "It is too bad we couldn't finish and clinch the championship with a win, but taking the big trophy was the goal. The car was great all day in the changing conditions. Two championships in a row. That was the goal from the beginning of the season. We had some ups and downs this year, but we never forgot the goal of taking the championship. Jeroen did a great job all year and the Alex Job guys gave us a great car."

Jeroen Bleekemolen would have liked to cap the season with a win, but will take the championship.

"We wanted to finish off the season and the championship the right way by winning the race, but we will take the championship for sure," Jeroen Bleekemolen said. "The championship is the bigger picture and that was our goal at the beginning of the season. We won Sebring and Mosport, took pole positions at Long Beach, Laguna Seca, Mosport and Baltimore, so that is a successful year. Cooper did a great job all season. The team gave us a good car and the support from WeatherTech got us to the championship."

"When I got in the car it was dry and then really started to rain," Sebastian Bleekemolen said. "We then decided to put slicks on, maybe a little early, but it was what I needed to catch back up and bring the car back in first place. We were quite unlucky in the end, but Jeroen and Cooper are champions and that is what we came to do today."

"It was a tough day," Job said. "The race was indicative of the competition in the GTC class all year. We would lead, fall back down and then work our way back-up. The team is a little disappointed that we could not win the final ALMS Petit Le Mans, but we will take the last championship win in the GTC class of the ALMS era."