Sebring, Fla. - Picking up where it last left off following a dominant 2012 American Le Mans Series presented by Tequila Patrón season, Level 5 Motorsports and Scott Tucker will start the 61st annual Mobil 1 Twelve Hours of Sebring Fueled by Fresh From Florida from the pole position after locking out the P2 front row in qualifying Friday at Sebring International Raceway. 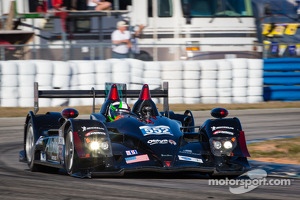 "All of the guys at Level 5 and HPD have been working their butts off, especially with the decision to come here with two cars,” Briscoe said. “We've been here at the track since last Friday and have been working very hard. It's really satisfying to see, for the crew guys and everybody, the preparation pay off when their two drivers are going head-to-head for the pole. Coming from IndyCar, it felt like a normal battle with Hunter-Reay for the pole to me, but it was good and a lot of fun. I love this track and these cars and I'm pretty happy to be starting the race for the team with a 1-2."

Following a week-long buildup, that’s included multiple test days and practice sessions at the historic 3.7-mile, 17-turn Florida airfield circuit, Level 5 will be aiming for an unprecedented fourth consecutive victory at Sebring. Joining IndyCar veteran Briscoe in the pole-sitting No. 551 car will be Marino Franchitti and team principal Scott Tucker, who will also be pulling driving duties in the No. 552 HPD with Hunter-Reay and Simon Pagenaud. Tucker, a nine-time national driving champion, is nominated to score ALMS championship points in the pole-sitting car. 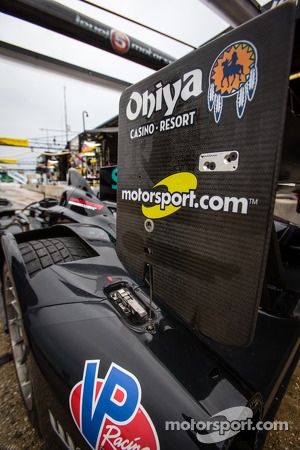 Both cars have shown impressive pace since the start of official practice on Thursday, with the Level 5 HPD prototypes topping the speed charts in three of the four practice sessions, despite facing strong competition from Europe as well as the new U.S.-based HPDs from Extreme Speed Motorsports.

“We’re really pleased with how things have gone the past few days,” said Tucker. “The cars have been fast and reliable and we made even more progress on speed today. I’ve been very comfortable in both cars and feel ready to play my part in the race tomorrow. Starting 1-2 is great but it’s an endurance race and we know anything can happen. Hopefully with the level of preparation Level 5 always puts in and the strong driver lineup we have again, we can go home as winners.”

The 61st Mobil 1 Twelve Hours of Sebring Fueled by Fresh from Florida is set for 10:45 a.m. ET on Saturday, March 16 from Sebring International Raceway. The race will be broadcast live on SPEED TV beginning at 10:30 a.m. ET, and will also be available on ALMS.com for international viewers. The Series’ official website will also offer additional content, including live in-car cameras and timing and scoring for all users around the world.

Good qualifying round for NGT Motorsport at Sebring