The two-hour and forty-five minute race on the Virginia International Circuit, one of the country’s first permanent road racing circuits, will be the NGT team’s second appearance, as well as that of driver Henrique Cisneros.

The No. 30 MOMO NGT Motorsport Team of drivers Henrique Cisneros and Sean Edwards continue to chase precious points in the penultimate round of the American Le Mans Series (ALMS) presented by Tequila Patron this weekend. Round 9 of 10 will be hosted at the Virginia International Raceway in Alton, Virginia on Saturday, October 5, 2013.

Henrique Cisneros currently sits third, with 105 points, in the Driver’s Championship points, as does the MOMO NGT Motorsport Team in the Team Championship points with just two races remaining in the very competitive 2013 GTC class championship fight. First place contenders have 115 points and second place contenders have 111. The Oak Tree Grand Prix at VIR will be another fight to the finish as the battle goes down to the wire for the Petit Le Mans finale at Road Atlanta on October 19th. 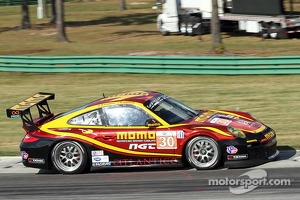 The two-hour and forty-five minute race on the Virginia International Circuit, one of the country’s first permanent road racing circuits, will be the NGT team’s second appearance, as well as that of driver Henrique Cisneros. Englishman Sean Edwards will be making a first appearance at this track.

Henrique Cisneros, No. 30 MOMO NGT Motorsport driver:
Tell us about your past experiences at VIR and what you know of the track.
“I raced at VIR for the first time last year in a one-off ALMS race. We came with low expectations but found ourselves battling for first place, bumper-to-bumper on the last lap. The funny thing was that Jeroen Bleekemolen was driving with me and the car in first was Weathertech, our main rival.”

Some call VIR a gentleman’s track with its long straights and elevation changes. How do you think it will/does suit you? “Whoever named VIR a gentleman's track has never driven it in a race car! The track is far from easy going. It's arguably one of the quickest tracks on the calendar with super high speed sweepers and the famous esses which are an adventure on every lap.”

VIR is the penultimate race of the season and you narrowed your points margin with your results at Austin. Is VIR the track you could take the championship points lead back? “Anything is possible in racing. We are only 10 points behind and with two races to go; we can still clinch this championship. COTA was very disappointing since we really needed first place to cut the points gap to six points but we will keep pushing.” 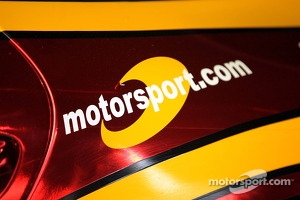 Sean Edwards, No. 30 MOMO NGT Motorsport driver:
What have you heard about the VIR circuit and what are you most looking forward to?
“I did some laps on iRacing and the track is very technical and quick. It looks like great fun to drive, but also difficult to overtake so qualifying is going to be important. Also traffic is going to be difficult, so let's hope we're not affected by a GT (car) once again.”

Tell us what it has been like for you to work with Henrique, Ramez and all the guys at the MOMO NGT Motorsports team this year and what it has meant to you. “It's been great! This is my third season with them and they have grown every year I've been here. Ramez tells us the stories of when he first starred with just a small tent. Now look at them! They are the biggest team in the paddock by far! Henrique is easy to work with and he's supremely fast and consistent for an Am driver. It's been a pleasure this season.”

What will you look back on this season in ALMS with the MOMO team as the most memorable? What was your favorite race of the year? “Long Beach was great, because we won. But COTA was the best race I've had. We were almost nose to tail taking 0.1 each way out of each other for 1 hour 45min, both flat out! It was pretty intense and I thought we would get the win until I got hit off by the Corvette with five minutes left. Also we had some great battles in Road America and Mosport. It's been such a tough season in GTC, but it's been really great fun. I hope we have the same exciting racing next year.”

Ramez Wahab, NGT Motorsport Owner/No. 30 MOMO NGT Motorsport Team Manager:
Please share your thoughts on the GTC point championship chase as we come down to the last two races and now that the margin has narrowed after the team’s results at Austin. “The Championship is still wide open. As of now we are 10 pts behind the leader. We have to be aggressive and yet cautious enough to stay out of trouble, especially at VIR since it's is very fast and very narrow.”

How will the track at VIR play into the championship points battle?
“This upcoming race at VIR is very crucial for the championship so we need to finish up front and take all the points to the final race of the season at Petit.”

Share a little about the NGT team’s history at VIR.
“Last year was our first Race at VIR. It was not the perfect race. We had some issues during the pit stops and yet managed to finish second. We have learned a lot since last year and are stronger than ever.”

BAR1 Motorsports looking for two in a row at VIR