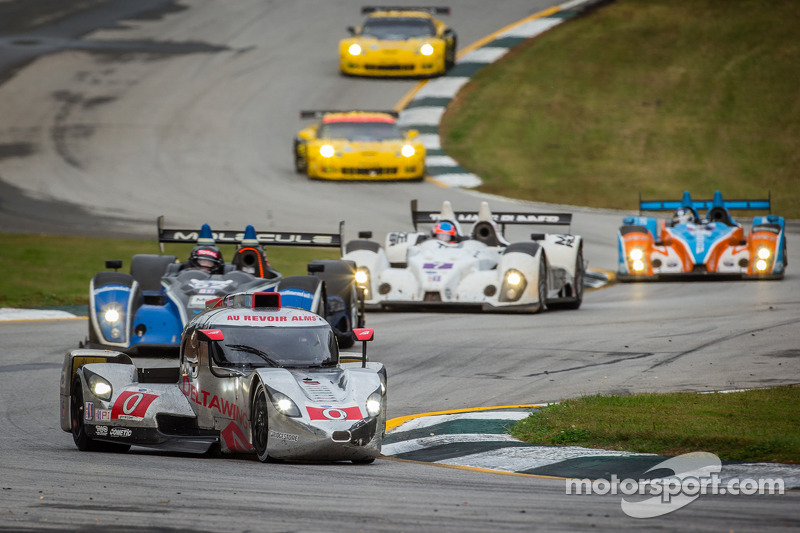 "It’s only fitting that one of Dr. P’s cars finishes on the podium.” 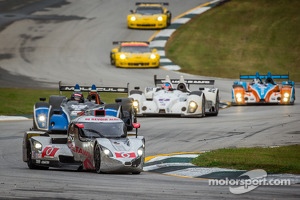 A good result was important to the DeltaWing team: not only is this the home race for the Braselton-based organization, but the race and the series were both created by DeltaWing Managing Partner Dr. Don Panoz. A podium finish for the team was a fitting end to the season.

The weather could not make up its mind today, raining on and off through the first half of the 10 hour/1,000 mile endurance classic and making strategy difficult from the very beginning. Realizing the track was drying quickly, the team made the decision to switch to slick Bridgestone tires while the car was still on the grid. Katherine Legge started the race and stayed on track while other prototypes pitted to change from rain tires to slicks. Able to pass cars and take advantage of those early pit stops, Legge ran as high as second overall early in the race. After a quick repair for a steering column issue, Andy Meyrick took over driving duties, managing not only the constantly changing conditions, but the different speeds of the cars around him. Like Legge, Meyrick was able to double stint, staying in the car through two pits stops and only needing one new set of Bridgestone tires per driving segment.

Legge went back into the car for the late afternoon stint, ticking off the laps and keeping the DeltaWing coupe rolling. The car had completed 209 laps when a gearbox failure ended the day. But both drivers were happy with the performance of the car and proud of the entire team effort.

“The team made a fantastic call to start the race on slick tires,” said Legge, “and the car felt very good in the drying conditions. We’ve made leaps and strides forward in our development and we’ve proved that we can be competitive in the changing conditions. We’ve also proved that this can be a viable car next year if we continue its development. The crew did a great job today; we had really good pit stops. The car was very consistent and we were able to double stint on the Bridgestone tires.

“And in the end, it’s great to be on the podium for the final ALMS Petit Le Mans. It’s only fitting that one of Dr. P’s cars finishes on the podium.”

“It was a difficult stint,” said Meyrick, “because it was never completely dry but not wet enough for rain tires, so we had to be careful on the slick tires. But the car was good in those conditions and I was able to put some good laps down. The car was running perfectly so I just had to keep it clean. There were so many different speeds out there – different cars running at different speeds, but also cars on slick tires versus rain tires running different speeds. In the end, it really was a fantastic effort by the entire crew today.”