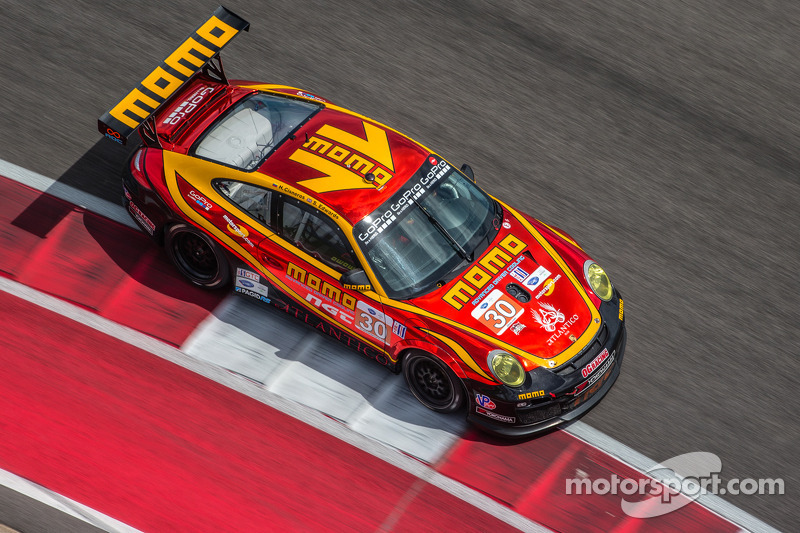 NGT Motorsport's team elected to withdraw the No. 30 Porsche 911 GT3 Cup car out of competition in the American Le Mans Series finale at Road Atlanta.

Team owners Henrique Cisneros and Ramez Wahab have elected to withdraw the No. 30 NGT MOMO Porsche at Petit Le Mans in memory of Sean Edwards, who lost his life in Australia at the age of 26.

The loss of Edwards has hit the team very hard; particularly Cisneros who was his his very close friend along with being his teammate, and co-driver in the American Le Mans Series and GRAND-AM.

Driver instructor/mentor Edwards was in Australia giving a private lesson at Queensland Raceway. At the time of his death, he was as a passenger in the Porsche 996 when something went terribly wrong.

Edwards did not survive and the student driver remains in critical condition.

“Sean was family to us,” said MOMO principal and co-driver Henrique Cisneros. “Our entire MOMO NGT Motorsport team is family and Sean was very much a part of that and a great friend."

Said team owner Wahab, “Obviously we had very sad and shocking news. We still can’t believe it. Our buddy Sean passed away. We thought it was the most appropriate thing to do, to withdraw the car in Sean’s honor. We just don’t feel it would be right to enter the car, with the many memories of Sean, and because we miss him already.”

The team will still race in the GT Challenge class with their No. 31 Porsche.