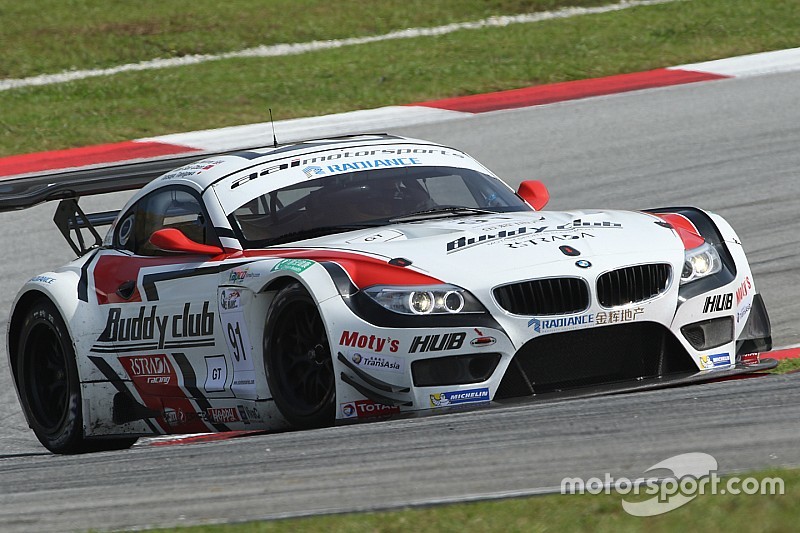 Ollie Millroy will return to the Asian Le Mans Series this season with the same Team AAI squad for whom he helped secure the 2014 GT Teams’ and Drivers’ titles.

The 25-year-old Esher resident will be back behind the wheel of the same BMW Z4 GT3 that Tatsuya Tanigawa and team owner Jun San Chen claimed last year’s crown with. Millroy partnered the duo at three of the campaign’s four races but missed out on a share of the title by dint of skipping the Fuji round due to clashing commitments.

This year’s AsLMS consists of four two or three-hour events taking place in Japan, Thailand and Malaysia. The first of these, held at Fuji Speedway, serves as a support race to the FIA World Endurance Championship over the weekend of October 10/11.

“I’m really looking forward to racing out in Asia for the second time and getting back in the BMW Z4 GT3,” he said. “Missing one of last year’s rounds obviously impacted on my final championship position, but I’ll be doing the whole of the 2015/16 season and the plan is very much to win the title. Doing just that offers the added bonus of again securing a guaranteed Le Mans 24 Hours entry. AAI are a great team and the BMW’s a proven winner, so we’ve got every chance of doing the double.”

Along with his racing and testing duties aboard the AsLMS-entered BMW, Ollie will also be helping to develop the Taiwanese squad’s new Adess-built LMP3 car.

“I had a chance to test OAK Racing’s Ligier LMP2 car at Sepang last year and thoroughly enjoyed the experience after setting some competitive lap times,” he added. “And it’s fantastic that AAI and Adess have entrusted me to test the new LMP3 car this season, too. I’m sure my experience of the LMP2 will prove a real benefit.”

Ollie is also hoping for an opportunity to compete in the new Macau GT Cup race, as well as various other sportscar events, throughout the remainder of 2015.