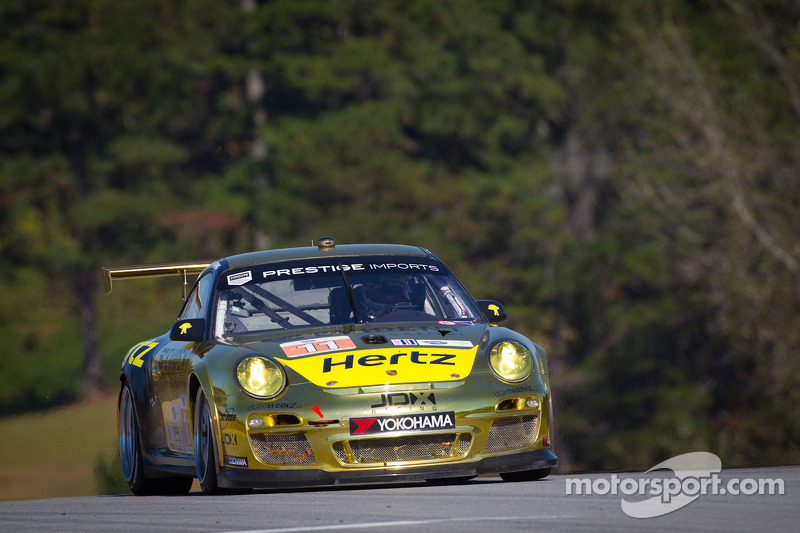 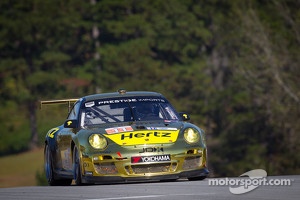 Johnston clinched the Series Championship four weeks ago at VIR, impressively, in his rookie season of racing. In 2012 to date, Sean has won 7 times, (including the last 5 straight races), finished 2nd five times and 3rd once, placing him on the Podium 13 of the 14 races run thus far.

At Petit, Sean will be competing in the final two GT3 Cup Challenge races, as well as making his ALMS debut with the JDX Racing/Hertz Racing GTC class Porsche.

Harrison Brix, JDX Racing co-owner said, "There is no better way to cap off the ALMS season then at Petit Le Mans, a 1000 mile/10hour race of strategy, speed and endurance. We are extremely excited and fortunate to have with us the 2012 GT3 Cup Challenge Champion, Sean Johnston, who we have been watching all season long. Needless to say, his performance in GT3 Cup has been impressive. He got his first laps in the JDX GTC car at Road Atlanta on Monday and did a great job, so this has the makings of a great week. That Sean Johnston is moving up from the GT3 Series where Hertz is an Official Partner to our sponsored JDX Racing Porsche in ALMS, only adds to our excitement".

“With my first laps in the GTC car having been completed this week, I’m happy to be opening a new chapter in my racing career, and that is endurance sports car racing! I had a great time this week, and am already learning so much about this new environment with so many different cars”, said Sean Johnston, adding, “I’m loving it so far and looking forward to working with the JDX guys to kick-start my development as an endurance racing driver”.

It has been a great season and Hertz’s relationship with IMSA and JDX Racing has expanded our profile among this enthusiastic, high-performance car-loving audience,” commented Mark P. Frissora, Hertz Chairman and Chief Executive Officer. “JDX’s signing of Sean Johnston brings an additional, exciting element to the race. Sean’s on-track performance and extraordinary driving skills are top notch: his love of winning mirrors our passion here at Hertz and we’re confident the final race of the season will be one to remember.