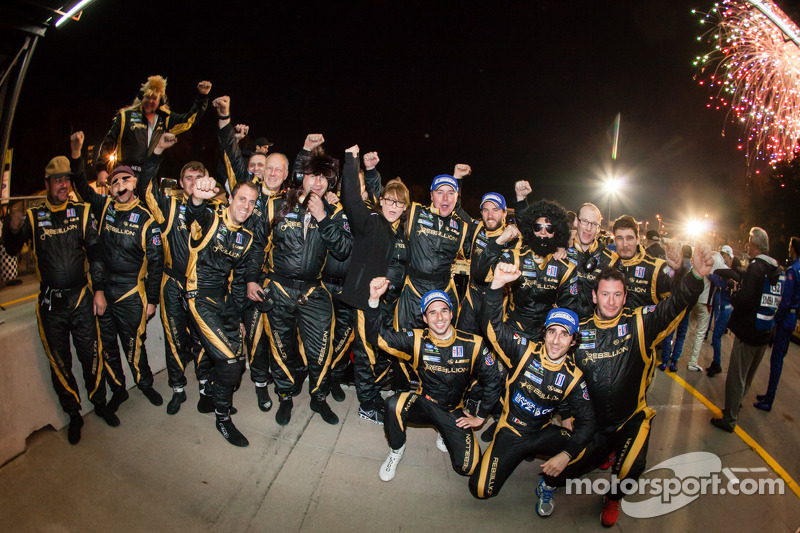 American Le Mans final race was filled with close racing in all five classes at the Petit Le Mans.

The Rebellion team arrived at Road Atlanta with one goal - to take their second Petit Le Mans victory, and now they have two. In the final race for the American Le Man Series, the 1,000 miles or 10 hour event, the checkered flag was given to the overall P1 winners after nine hours, 37 minutes.

Neel Jani was at the wheel of the Lola-Toyota as his two teammates Nick Heidfeld and Nicolas Prost celebrated with the team.

"To win here a second time is amazing. One of my objectives this year was to win here again. It’s great for the team and great for Rebellion," said Prost.

While the winning team was very pleased with the outcome, they did have early concerns due to the on and off rain showers in Georgia but like all the racers today, one took it in stride and hoped that the conditions would improve.

“The beginning was not easy at all, it was dry, wet, dry, but wet enough but had to keep the slicks. It was kind of a gamble on the tires," said Heidfeld. "It was a bit of a question what do you risk. You had to stay out as long as you could because you never knew when the next rain shower would come. I tried not to burn out the tires, but the rain never came so we switched back later."

Placing second overall and first in P2 was the the Level 5 Motorsports No. 551 HPD ARX-03b with Ryan Briscoe, Scott Tucker and Marino Franchitti; the victory gave team owner Tucker his forth-consecutive ALMS championship.