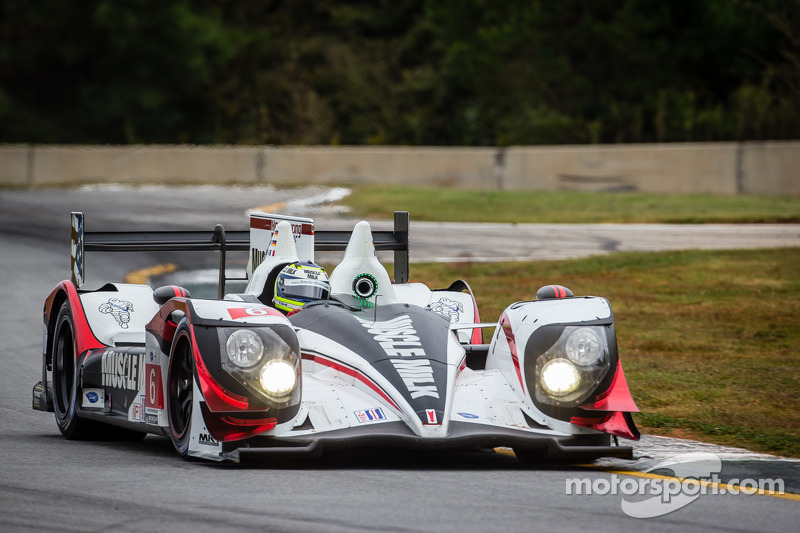 Franchitti sets fast lap in the P2 class for third overall while Porsche teams sweep the GT class in warmup.

Muscle Milk Pickett Racing's Klaus Graf set the fastest lap in morning warmup at Road Atlanta at 1:19.739 ahead of the pole winning REBELLION Lola-Toyota. The morning rain in Atlanta, Georgia was not a surprise, and more is expected during the 1,000 miles or 10 hour race; whichever comes first in the American Le Mans finale.

Second in the Petit Le Mans warmup was Nick Heidfeld with his best lap at 1:23.011. Third in the P1 class was Katherine Legge in the DeltaWing with her best at 1:25.416.

It is expected that the two fastest P1s will take the victory if they have no mechanical failures or incidents during the endurance event.

Level 5's Marino Franchitti was fastest in P2 with a 1:24.981 in the No. 551 HPD ARX-03b proving they are contenders for the overall win, as can their sister car and the Extreme Speed HPDs.

The story for the GT cars is wide-open. However in the warmup this morning, the top three times were set by the Porsche teams. Nick Tandy in the Falken Tire Porsche 911 GT3 RSR with his best lap at 1:28.474. Second was Emmanuel Collard followed by Michael Christensen.

There is no doubt that the BMW, Corvette, Ferrari and the SRT Viper teams are ready for the challenge.

The fastest of the ORECA FLM09s Prototype Challenge with Tristan Nunez fastest at a 1:29.189 for the the Performance Tech team. Second best was Oswaldo Negri at 1:29.592.

Pole winner for the GT Challenge ended up again with the best lap time for the Flying Lizards. Spencer Pumpelly clocked a 1:35.045 followed by Damien Faulkner at a 1:35.221 in the all Porsche 911 GT3 Cup cars.

Word has it that some teams may elect to start from pit lane due to tire changes which will put them at the back of the pack for the green flag. Depending on the track conditions there might be several early pit stops.

Rain is still in the forecast and the best bet for the start will be on a track with mixed conditions.