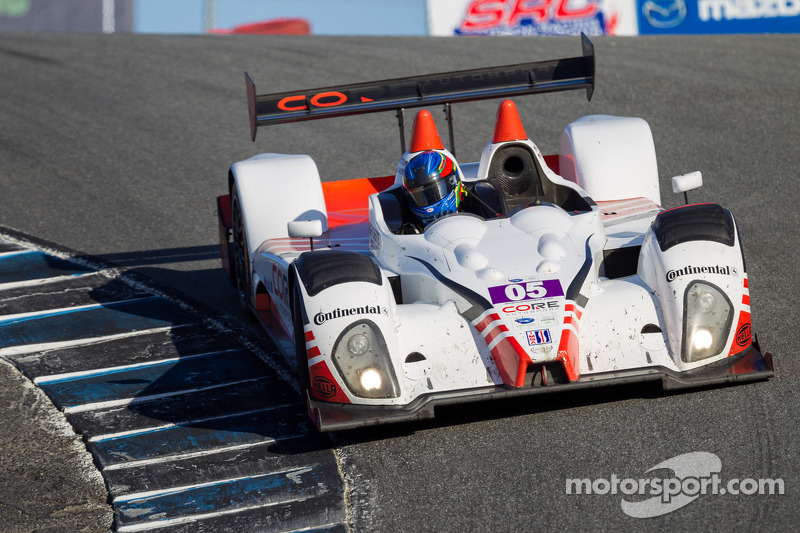 After the No. 06 Porsche 911 GT3 RSR fell victim to a multi-car accident at the start, flawless pit stops for the No. 05 ORECA FLM09 helped the car score a runner-up finish.

BALTIMORE, Md. – CORE autosport experienced the highs and lows of street racing at the Grand Prix of Baltimore, Round Seven of the American Le Mans Series. After the No. 06 Porsche 911 GT3 RSR fell victim to a multi-car accident at the start, flawless pit stops for the No. 05 ORECA FLM09 helped the car score a runner-up finish in Prototype Challenge and maintain CORE’s championship point lead. 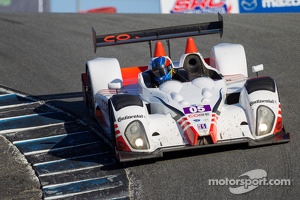 The start of the 2013 Grand Prix of Baltimore was memorable to say the least. As the green flag waved and the 31-car field roared down the front straight, the No. 551 P2 car spun, collecting several GT cars, including CORE’s No. 06 Porsche 911 GT3 RSR with Tom Kimber-Smith behind the wheel. The accident blocked the entire front straight, forcing officials to red flag the race.

It took 75 minutes for the race to resume. The CORE crew assessed the damage on the car and determined it would not return to the race. Kimber-Smith exited the car without injury, while Patrick Long never had the chance to take the wheel.

ALMS officials announced that the race clock would be reset, but the original race length of two hours could not be completed, because all track activities on the temporary street course were required to cease at 6:15 pm ET. Instead, the checkered flag would fly at 6 pm ET, making the Grand Prix of Baltimore a one hour and 15 minute race.

Having made it through the drama of the start, Jon Bennett patiently sat in his No. 05 ORECA FLM09 waiting for the race to resume. Retaking third on the PC grid, Bennett made it through an aborted restart, before finally taking the green flag. Bennett continued to avoid more early race chaos and moved into second before a full-course caution was issued.

On lap 12, Jon pitted from second under green flag conditions and handed the car over to Colin Braun. Quick pit work brought the car out in fourth and after the rest of the PC field cycled through pit stops CORE found itself in the PC lead.

As the abbreviated race neared its conclusion, it came to the team’s attention that Bennett had not met his minimum drive time requirements. Confident that a driver change could be made, while still keeping the No. 05 on the podium, the team brought Braun back into the pits to swap out for Bennett, who finished the race in second place.

Jon Bennett - Driver: No. 05 ORECA FLM09: “The starts at Baltimore are always interesting. I was thinking about it all morning and I knew that I couldn’t plan for what was going to happen, but I could be ready, to be ready and I was. You’re always hopeful that there will be a hole and there was for me, but sadly, there wasn’t for my teammate Tom Kimber-Smith. It’s a shame that had to happen. Everyone was racing hard and accidents are an occupational hazard for us.

“I was disappointed that we had to make an extra driver change, but we assessed the situation and rectified the problem quickly. We want to win as a team, so we do everything we can to accomplish that until the checkered flag falls. It was a learning weekend for us and we’re happy to leave with the points that we got.”

Colin Braun - Driver: No. 05 ORECA FLM09: “I definitely think we had the car to win today. We were able to get the better of the No. 52 PR1 Mathiasen Motorsports car in traffic, which, at a street course, is a big part of it. It was frustrating to have to stop again so Jon could make minimum drive time, but we’re a team and we win as a team.

“I’m really proud of everybody at CORE autosport. We had a tough, trying weekend, but it’s the measure of a championship team that we were able to finish second through all that adversity. We extended our points lead on Michael Guasch and PR1, so all and all it was a good day.”

Patrick Long - Driver: No. 06 Porsche 911 GT3 RSR: “Today was a rough day and it stings more than normal because we think we had a car to fight for a victory in Baltimore. The accident at the start was something I’ve never seen in my 25 years of racing. All and all, I’m glad Tom and the other drivers involved in the accident are okay.

“Now we just have to look forward to Austin. I think everyone on the team is doing a great job and learning this car very well, especially competing against organizations that have been GT racing for a long time.”

Tom Kimber-Smith - Driver: No. 06 Porsche 911 GT3 RSR: “When we went green, the BMW in front of me and I had a good start. Scott Tucker spun up ahead, so the BMW darted to the left and I didn’t have any time to react. I tried to avoid Tucker as much as I could, but hit him fairly hard. The rest is a little harder to remember. I know I was getting battered on all sides and then I was getting out of the car.”

“It’s really disappointing, because all weekend, in every session, we’ve been fast. We knew this race would be difficult, but we were all looking forward to a solid result this weekend. It was let down for the whole team.”

Sweedler and Bell finish seventh in the AJR Ferrari at Baltimore

Michelin sweeps on the Baltimore streets