By:
Eric Gilbert
Listen to this article

It has been an on and off taboo subject for a number of years, not to mention a center of fantasy-land speculation in the American endurance 'milieu', but now it seems the (in)famous ALMS - Grand Am merger is getting more and more a reality. But now what?

Many people to make happy 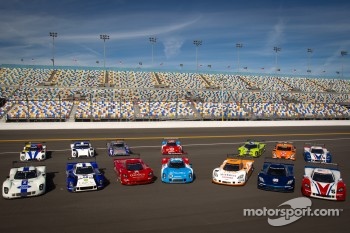 For one thing, merging the current six classes (plus 2-3 variations of some classes) into something manageable will be quite a daunting task. The first goal the new powers in place will have to achieve is to make everyone happy: manufacturers, teams, sponsors, organizers and fans.

The big car manufacturers will want some technological freedom (if they are involved in LMP1) or a way to showcase their street cars (if they are involved in GT/GT3 racing). Specialized chassis manufacturers will want a marketplace with reasonable costs. Private teams will obviously want racing programs with reasonable budgets and a way to absorb the cost of buying cars. Sponsors and organizers will want high car count. And fans will want everything: high car count, a good show, high tech prototype cars and cool GT cars they car relate to. 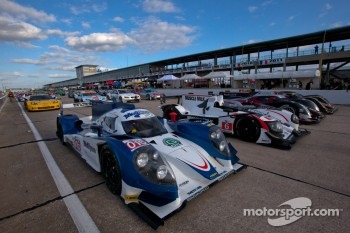 One way to make everyone happy, and especially the fans, is to keep everything simple. Simple as four (4) classes, maximum. And also keep it simple by making sure that within those classes, the competition level is close.

And the best and most simple way to do this is by using a balance of performance (or 'B.O.P.' for the close friends). By adopting a balance of performance based on a common (or almost common) weight-to-power ratio, the new series would have a (hopefully) simple system that would guarantee a certain balance within a class. The B.O.P. would mostly use air restrictors and weight handicaps to balance the different cars and make sure that everyone is within a completive range of 107%, in term of lap times. Nothing super new, here, but still, a good B.O.P. would be key to everything.

One good example of using a B.O.P. to accommodate different cars (and car types) is definitely the GT300 class in the Japanese Super GT series. This series has achieved something quite interesting with the GT300 class by accommodating different types of cars: international GT3 cars, 'old' GT300 cars, alternative technology cars and, guess what, even a DP-based Riley car! And even with this mix-and-match of machineries, the field is quite close and races are hard fought. This is definitely a success story.

And the winners are... 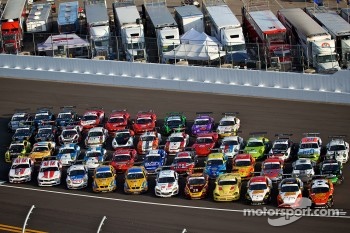 And the winners for the endurance classes of 2014 (or 2013) are: Prototype, Prototype Challenge, GT and GT3. And one invitational class, the WEC/ACO LMP1 class.

Prototype: merge the current P1 and P2 classes into a single class, or what's left of those classes. Let them run together and use a balance of performance equivalency to have a weight-to-ratio within a 10% tolerance for those cars. With a little bit of luck, we would have a 8-10 car 'Prototype' class. And planning for the future, this class could also accommodate the DTM cars, when (or 'if') those become available outside Germany.

Prototype Challenge: this class would integrate the current DP cars and the LMPC classes. Again, some not-to-hard to figure balance of performance equivalency would have to be used. Based on the last common track those two types of cars raced at (Mid-Ohio), they are somewhat close: back at the ALMS race in August the LMPC pole was done in 1:15.107, while the DP pole at the Rolex Series race in June was clocked in 1:18.079. Roughly a 3-second difference. The B.O.P. should be good enough to close that gap. Again, with some good faith from everyone, we could have a peppy 12-15-car class, here.

GT: this one is probably the easiest to figure as it is really an ALMS class only, based on ACO/WEC rules - what Grand Am called GT is actually much closer to the international GT3 class. Just keep the same rules, or something close to it, which should be enough to make the current ALMS GT teams happy. And who knows, perhaps a few current Grand Am GT teams would jump the extra step to run in the 'main' GT class. Car count for this one is around 12-15. 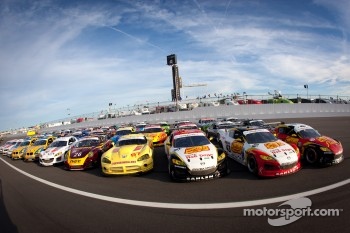 GT3: I think this would be a good time to re-evaluate the GTC and Grand Am GT classes and simply go for the international GT3 rules and cars. The current Grand Am GT3-based-but-with-our-own-flavour GT class does not make much sense, at least from an international perspective. Going 100% with the current GT3 international class would have many benefits: much easier to manage, open to every car manufacturers currently making a GT3 car (and there are many…) and even better, current teams racing in the different GT3 series and events (many, many of them…) would be tempted to come over in America, at least for the big races. I don't want to give out names, but many of those teams would be very much interested in racing at legendary races such as the Daytona 24 Hours and 12 Hours of Sebring.

LMP1: as for this one, it would really be an invitational class, not counting for the 'North American Endurance Championship' (or simply 'American Endurance Championship'). It would be a way to plan for the eventuality that LMP1 teams running in the WEC or at Le Mans would want to participate in one (or a few) races in the new post-merger series. Always good to plan for a few Audi R18s on a starting grid…

So, this is it, for now… I'm pretty sure everyone will have his own opinion on what classes should be kept, and how the new 'American Endurance Championship' should balance all those classes. A fascinating debate but I do remain convinced that if it's done right, this could be the dawn of one of the most exciting road racing series in America. If the current rumors turn out to be true, of course…

JDX Racing does not find Baltimore a charm