It was a near perfect season opener for BAR1 Motorsports as their 2013 American Le Mans Series Championship drive got underway at the Mobil 1 12 Hours of Sebring Fueled by Fresh From Florida at Sebring International Raceway in Sebring, Florida.

Prior to the race, the Prototype Challenge teams were dealt a wild card when the Series issued notice that all teams would be relegated to a new class tire supplier, Continental Tire. While the change is the same for everyone, teams were left quickly sorting out setups and developing new race strategies based on the tire's performance. 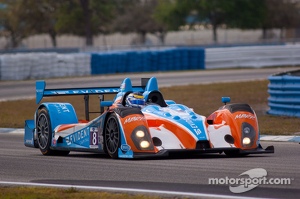 "Sebring is the toughest race of the season," said Alder. It's actually tougher than a 24 hour race. The track is extremely rough and pushes cars to their limit. To have both cars finish the race without any mechanical problems is an accomplishment in itself. To stand on the podium is spectacular.

"I first need to give credit and congratulations to our crew," added Alder, "for building two bullet-proof cars. As I said, finishing the race without any mechanical issues is truly an accomplishment."

"In the No. 8 car Kyle, Chris and Stefan did an outstanding job keeping the car out of trouble all day," Alder noted. "Being there at the end fighting for a win was very exciting."

"In the No. 7 car," Alder noted, "Rusty, Tomy and Chapman kept the car out of trouble most of the day and brought the car home to a finish at the toughest race in North America. I couldn't be any prouder of these guys. They never quit."


"Definitely bitter sweet. The 12 Hours of Sebring is a long week both physically and mentally making it one of the most difficult races to be successful in.

"To finish second is truly an accomplishment for everyone at BAR1 Motorsports. It gives us good points to start or season in pursuit of the championship title.

"Overall, I think we consciously went a bit too conservative with our set up as we were unsure of the new tire in a long run. That said, we as a team raced hard from start to finish.

"A great job by everyone. I look forward to Long Beach where we will be itching for a victory."


'It's tough to be so close to the win but to take second place is a good start to the season.

"Everyone on the team worked hard all week and I'm really proud of them.

"We'll be back even stronger at Long Beach going for that top step."


"It feels a little bitter sweet to finish second after having led for most of the way, but it just didn't go our way when it mattered towards the end.

"The team did a superb job all day as did my co drivers, no one put a foot wrong all day." 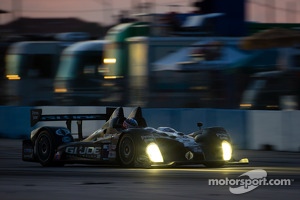 "This was a tough race for the No. 7 G.I. Joe Redemption car.

"We got a bit behind early in the race and with the top level of competition we were never really able to find what we needed to get back to the front."


"The race was disappointing considering the speed I know is in the car and team.

"We will learn from the mistakes which cost us a couple of laps early on and move forward to Long Beach.

"I want to acknowledge the team who worked extremely hard all week long and congratulate the No. 8 guys on their 2nd place finish."


"I can't say enough about how well everyone on the team performed. The drivers, the crew, and all of our support folks were fantastic.

"We had stiff competition and a new tire to deal with, but we fought hard all the way until the end.

"Hats off to Brian for really raising the level of our program this year. I feel we have a great season in front of us and Im excited to see it unfold."

Excellent race for Max Martin at 12 Hours of Sebring