All eyes on CORE autosport comeback at COTA 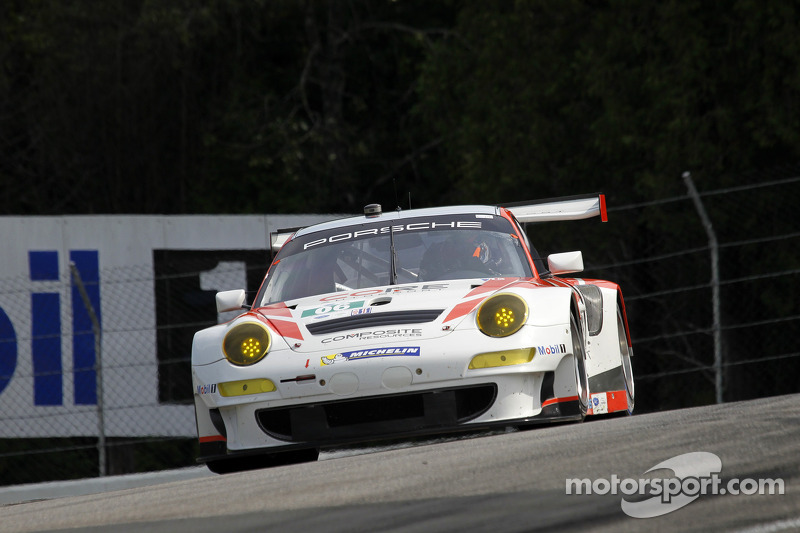 ROCK HILL, S.C. (Sept. 13, 2013) – Following the unprecedented accident at the start of the Grand Prix of Baltimore, which rendered the No. 06 Porsche 911 GT3 RSR beyond repair, the sports car world has been watching CORE autosport to see what its next move would be.

For the past week, the team has been hard at work building a new Porsche 911 GT3 RSR (type 997) from the ground up. Porsche Motorsport’s swift response and delivery of the new tub enabled the CORE autosport crew to execute a carefully organized plan of attack. After nearly 500 man-hours, the car was loaded onto the team transporter bound for Circuit of the Americas today.

“I was waiting in the PC car while the accident was being cleaned up at Baltimore,” CORE autosport team owner Jon Bennett said. “Our team manager Morgan Brady told me over the radio that the car was damaged beyond repair, but he was already talking with Porsche on securing a new chassis. It was never a question for us. We’re finishing our debut GT season on a strong note.”

The team’s new No. 06 Porsche 911 GT3 RSR will make its debut on Tuesday, Sept. 17, when testing begins for the next American Le Mans Series round at Circuit of the Americas (COTA) in Austin, Texas. 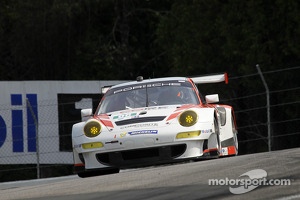 In addition to a new car, CORE autosport will debut a revised driver lineup at COTA. Colin Braun and Tom Kimber-Smith will trade seats, putting Braun in the No. 06 Porsche 911 GT3 RSR alongside Patrick Long, and Kimber-Smith in the No. 05 ORECA FLM09 partnered with Bennett. After a dominating performance by Braun in the PC class, the team has elected to give the 24-year old a shot at GT racing, while Kimber-Smith returns to the category in which he secured championship-winning points for CORE in 2012.

“This is an excellent opportunity for me,” Braun said. “I’m really proud of what I’ve accomplished in PC, but racing in an all-pro GT category that has a reputation for being so competitive will certainly help show what I’m capable of as a driver. It’s been awesome to see CORE performing so well in its first GT season and I’m looking forward to being a part of it. This is really the toughest form of GT racing in the world and I am ready for the challenge.”

Kimber-Smith is no stranger to CORE’s PC program, having driven for the team in four ALMS races last year, scoring podium finishes in all of them, including a win at Road America. The Brit will also return to prototype-style competition where he is very familiar – taking victories at the Le Mans 24 Hour in the LM P2 class in both 2011 and 2012. He has dovetailed his 2013 American Le Mans Series season at CORE with a number of races in the World Endurance Championship this year with Greaves Motorsport’s P2 entry.

“All of my experiences driving a CORE autosport PC car involve standing on the podium, so I’m happy to get behind the wheel again,” Kimber-Smith said. “My goal now is to make sure CORE autosport wins its third-straight PC team championship. The competition in the PC class is certainly intense at the moment and I am really looking forward to doing battle in Austin.”

The revised driver lineup will be in place for Round 9 of the ALMS championship at VIR as well. The team’s lineup for Petit Le Mans has not yet been determined.