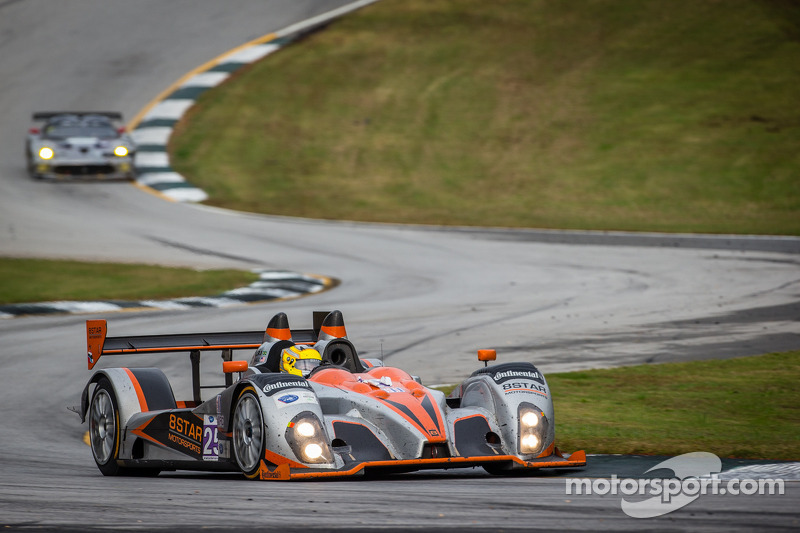 Ozz Negri and Sean Rayhall, both newcomers to the competitive prototype class as well, drove a trouble-free race throughout the 1,000-mile marathon Saturday at Road Atlanta

Braselton, Ga. (Oct. 20, 2013) – 8Star Motorsports took the Prototype Challenge powered by Continental Tire field by storm with a breakout run in the 16th annual Petit Le Mans powered by Mazda, leading the race overall at one point and dominating the PC class en route to a second place finish in its American Le Mans Series presented by Tequila Patrón debut. 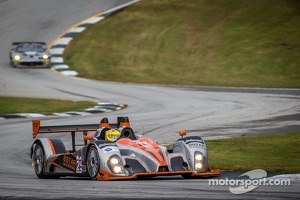 The No. 25 ORECA FLM09 of Ozz Negri and Sean Rayhall, both newcomers to the competitive prototype class as well, drove a trouble-free race throughout the 1,000-mile marathon Saturday at Road Atlanta, which saw the Enzo Potolicchio-owned organization nearly pull off a stunning victory in one of North America’s most prestigious endurance races.

Showing the pace and consistency that’s needed to win races and titles, both sports car racing veteran Negri and Rayhall, the newly crowned Cooper Tires Prototype Lites Powered by Mazda Champion, never put a wheel wrong, while the Mark Scott and Brian Colangelo-led crew also having flawless pit stops over the course of the ALMS finale.

Eighteen year-old Rayhall had the honors of taking the car to the checkered flag, less than 12 seconds behind the class-winning No. 8 BAR1 car. What’s more, the 8Star entry finished an impressive sixth overall, showcasing the strength and reliability of the PC platform, which carries over to the TUDOR United SportsCar Championship next year.

"I can't thank 8Star Motorsports enough,” said Rayhall. “That was a phenomenal car. Coming in for the first race and to get a podium right off the bat, at the Petit Le Mans of all races, that really just goes to show you how great the team and Ozz Negri are. I'm happy to be a part of the team as well and bring home a good podium and second place finish. I wish Enzo could have been here to celebrate with us.”

With intermittent showers not subsiding until the afternoon, the 2012 Rolex 24 at Daytona champion and veteran GRAND-AM Daytona Prototype driver drove a brilliant stint on dry weather Continental tires, which helped the team open up a one-lap lead.

"That stint in the wet with slicks on, I think it was the hardest thing I've ever done,” Negri said. “The 40 laps felt like 3 days. I'm glad I led the Petit Le Mans overall with Continental tires. I have to thank 8Star Motorsports and Enzo for the opportunity. The guys put this deal together just one week ago. I had a lot of fun. We were competing with guys that had run the whole season and we had less than a week to prepare. I think that shows the strength of the 8Star team. The hard work pays off.”

With plans to expand into PC full-time in next year’s TUDOR Championship, 8Star has positioned itself as the leading option for drivers wanting to compete in one of the top levels of North American sports car racing.

"It was a great debut race for us,” said PC team manager Mark Scott. “We were able to keep a fairly reasonable gap and were on the same fuel strategy as the No. 8 car. Sean was giving it everything the car had at the end. Overall we're very pleased. It was a great team effort. We wanted to win it but you don't get to win them all. Both drivers did very well and the crew performed well. We had no penalties. Everyone worked as hard as they could."